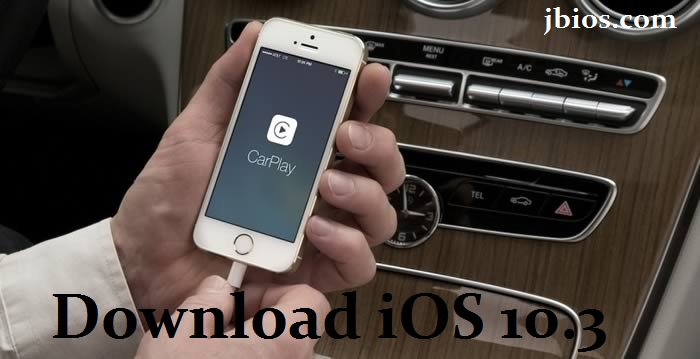 Hey, guys how are you? Are you updated with the latest Apple released firmware?OK, if not don’t worry. Today I am ready to provide the latest updated in the iOS community. After 6 months of the iOS 10 released and 2 months of the iOS 10.2.1 released now, Apple has released their third major iOS 10.3 updates to the public after 7 beta tests. So, those who are willing to enjoy the features of the latest update now able to download iOS 10.3 to their lovely iDevice. Of course, you can have it through the OTA or iTunes. Indeed I know with the release of the latest update now the jailbreak lovers are hurry to know about iOS 10.3 jailbreak facts. OK, here is the full guide for you about the latest release. What’s with the update?

As I mentioned above yesterday Apple has offered their latest third major iOS 10th update to the public. Yes, this has released after 7 beta tests with the build number of 14E277. So, now if anyone highly concerns on the security features of their device, then warmly welcome them to the latest update.Rather than the security contents as accordance with the previous beta Apple offered a bunch of new features modifications and bug fixes for you. If you need to know more about the features then you can go through this. Other fixes and modifications

After going through the features, now you may think that it is better to with my iDevice too. If you think like that and worried about that is the update comply with my device or not. Ok, then from the below you can see the compatible device range. Yes, at the same time remember you can download iOS 10.3 to your device through the OTA (Over the air) and if it not allowed then you can manually update via iTunes too.

Yes, I think if any iOS lover needs to know about the latest update then this will guide them to have a better idea. And they can take the decision whether the new firmware is useful for them or not. But for the jailbreak lovers, this differs than the others. Well, if you are a jailbreak lover, then in my point of view it is better to stay away from the current firmware. the reason is that with the new version Apple introduced the new Apple file system and more other security improvements. Therefore,  jailbreak iOS 10.3 will be hard. Though I think it is better to stay with the current jailbreakable iOS 10.2 and enjoy the existing Yalu 10.2 tool. And in future within any time we can hope a cracking tool for the iOS 10.3. We can’t predict what will happen in future, there will be a serious change in any time. Yes, in any time hackers like Luca, Pangu Taig or any other new hacker can be in the stage with iOS 10.3 jailbreak. So, stay tuned with us for fresh updates. We will provide you the latest updates.