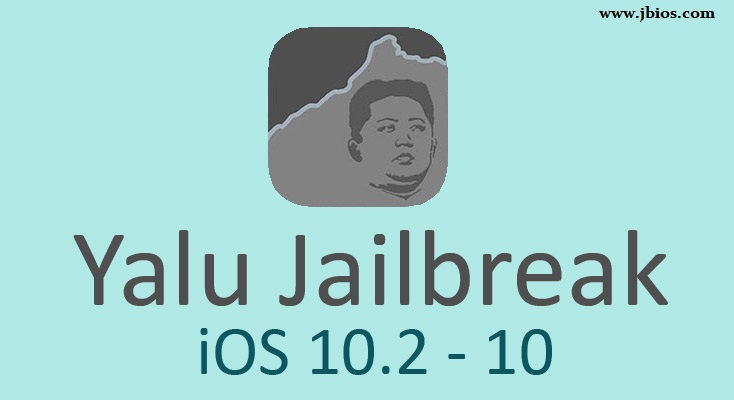 While the jailbreak lovers hope to use iOS 10.3 jailbreak, Apple has released their minor update iOS 10.3.1 to the public. Yes, this was released under the built number 14E304 and contain bug fixes and security improvements to the firmware version. Actually, with this release again the 32bit device users can join to the 10 sessions. So, if you are with iPhone 5 or above, iPad 4G and later and the 6th generation iPod touch users can gain the opportunity with this upgrade. So, if you wish to have this minor update around 30MB, to the iDevice then you can have it through OTA or iTunes updates. Anyhow, if you wait to use Cydia and hope to use iOS 10.3.1 jailbreak, then you should better to stay away from this. And till the moment you haven’t the possibility for that and in future, sometimes a crack tool will be released. You can go through this video lead to know more about iOS 10.3.1.

As all of we know at the beginning of this week Apple has released their third major update for the 10th iOS firmware. This is released after 6 months of the public release of the giant iOS 10 and after two months of the iOS 10.2.1. Well, the latest firmware released after 7 betas with a bunch of new features and bug fixes. But whatever Apple offer to their users, still there are some users need to have the jailbreak access within their iDevice. As a result of that, now most of the jailbreak users are waiting to have a good news relating iOS 10.3 jailbreak. Not only that with the release of previous Yalu tool, they hope Luca will consider on it. So, will it be real? ok, here is a guide for you to know about that. On the beginning of the weak apple has released their third major update of 10th iOS firmware to the public with most of added features and bug fixes. So, if any iOS lover thinks to download iOS 10.3 to their beloved iDevice then can enjoy more features. But if you are one of the jailbreak lovers then need to think twice about the upgrading process, because, through the update, you will miss the chance to use any future jailbreak tool.

Will Luca focus on iOS 10.3 jailbreak?

As I noted above with the release of iOS 10.3 most of the jailbreak lovers are agog to know about the latest facts related cracking the newest firmware. Of course, when the Italian hacker and Security researcher Luca came with the Yalu tool now jailbreak community concern about a Yalu 10.3 version. So, will it be real? Have you updated that after one hour of the public release of Apples third update Luca has announced his retirement of public jailbreak? Of course, after the release of the major update, Luca has tweeted about that. And within his withdrawal message, he has warned the jailbreak lovers to stay with their current firmware version (If it is lower than iOS 10.2) to enjoy the existing jailbreak utility.

It has passed just couples of days of the public release of iOS 10.3, but again Apple has started to seeds the beat for iOS 103.2 minor update. So, now the beta has released to the public. And within this beta test,  they have focused on fixing the Sirikit car commands. And we couldn’t get any further details about this. At the time do you think that there will be an imminent jailbreak tool for the latest version? Yes, this was questionable. New Apple file system (APFS) was one of the highlighted features include with the firmware update. Within this Apple has replaced their older file system. Therefore, may experts and reporters said iOS 10.3 will hard to crack. But at the time we can’t correctly say that there will be an iOS 10.3 jailbreak tool or not, it will depend on the time. So, the better option allows more times to the hackers.

And now we know Luca has retired from public jailbreak works. so, in future, we are unable to use a tool from him. But still, we can hope a cracking tool from Pangu or any other public jailbreak developers and in anytime a new hacker can be out with a cracking tool. And it will be today, tomorrow, or may in week or months. So, till that, you can gain the advantage of the existing Semi-untethered Yalu 10.2. It can use with all iOS 10.2 running 64-bit devices. But if you own an iPhone 7 or 7 plus then want to be with iOS 10.1.1 to use the utility. And Luca has warned his followers on Twitter about a fake Yalu tool. Therefore, be aware on that.

Finally, want to say that if there was anything new in jailbreak world, as soon as possible we will update it to you. Oh yes, if you wish to use a jailbreak tool in future and accidentally, update to the latest version, then immediately go back. Otherwise, you will be locked there. So, keep it in mind and aware about the latest facts in iOS jailbreak community. Or, if you need to know anything further then you can leave it us via the below comment session.